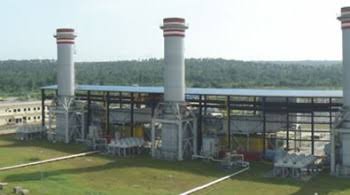 The hardness of the economy has forced Workers at the Odukpani Power Plant in Cross River State to down their tools with the option of shutting down the plant.

This is because most of them can no longer cater for themselves and their families as they are being owed two months of salaries in addition to unwarranted deductions from their main salaries.

The Workers according to publications from The Sun Newspaper and New Telegraph Newspaper said it has become a routine for SEWA West Africa Company, a contracting company by the Niger Delta Power Holding Company (NDPHC), to treat them inhumanely.

Some of the Workers who spoke under the umbrella of the Operations and Maintenance team (O&M) told the Newspapers that the Managing Director of SEWA, one Lan Appleby has owed them two months salaries while refusing to remit their pension to the pension scheme.

“Currently, the company is owing two months salary since last year. It has not remitted the pension to the pension scheme. During the lockdown, a form was brought for the workers to sign but the money has not been paid to us till date.

“On my professional capacity, anything that has to do with a contract would be handled by my client because I have a confidentiality agreement with my client. It will be inappropriate to talk about a contract or a situation when I am only a contractor. Call NDPHC, they are the ones to give you reliable information. It will be out of place for me, in my professional capacity to talk about my client”.

Mr Gbenga Oyewale, Chief Operating Officer, NDPHC, on his part said: “I am a staff of NDPHC and the right person to talk to is SEWA West Africa because SEWA has been there. Let me say this, the company’s law is that anybody that employ more than ten persons should pay NDPHC and pay pension scheme. Now, on the issue of not paying them the correct amount, they have the right to protest if they are not paid their correct salaries. I really don’t have anything to do with them; I am only there to ensure that the contractor does his work to specification.

“My head office gave SEWA a contract but I don’t know the contract of the complainants. When they came to me, I told them that I have no control over them. I told them to write to me officially but nobody wrote to me because anybody can deny it verbally. We have many companies here apart from SEWA. If they had written it, I would have written officially to my head officer that this is what these people are complaining about. I only came in 2020,” Oyewale said.

When newsmen visited the Power Plant located at Ikot Nyong in Odukpani Local government area of the State, on Friday, our Reporter was denied access to speak with the aggrieved Workers on the development.