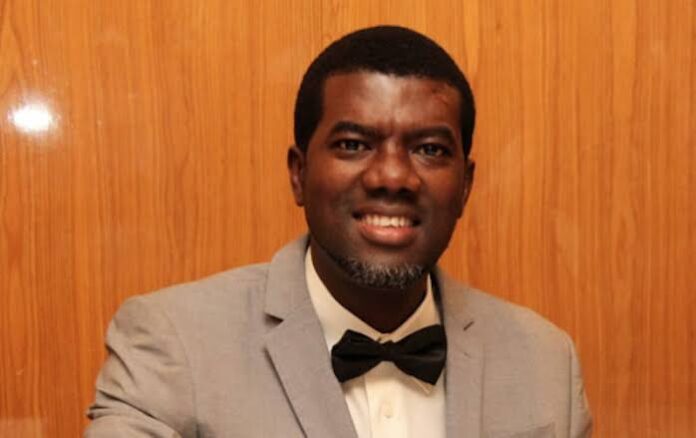 Unknown to many people, China was colonised. More known to many is the fact that India was also colonised. But they kept their language. They changed names of their towns back to original pre-colonial names. They kept their culture. Now, that culture is making them greater than their colonisers. Africa must learn from them

The truth is that those who abandon their CULTURE will eat leftovers like a VULTURE. Africans have abandoned their culture. And not only have we abandoned our cultures, we are proud of it. An African can travel to Dubai for a week and return with an American accent. Such is the miraculous power of the average African.

We must stop being proud of our English and French accents. As I said earlier, China and India were colonised, yet they resisted English. Today, Mandarin and Hindustan are Earth’s most popular languages.

The idea of a Black African knowing and speaking only English, French, Spanish, Portuguese or any other European language is not a function of intelligence, no matter how well he speaks it. It is a function of colonialism. Learn your native African language. Speak it. Teach it to your children. Bear your African name. Patiently teach it to your European friends. If they pretend not to be able to pronounce it, remind them that they can pronounce Arnold Schwarzenegger!

Do not go to Europe or America and change your African name to a Western name because someone told you it sounds weird. Correct them. Say ‘my name is exotic, not weird’. This same people can pronounce a Chinese name without vowels because China has money!

God bless late Patrick Ityohegh former DG of the NTA, who while schooling in the US refused pressures to change his surname. He would teach his White colleagues to pronounce ITYOHEGH as ; “eat your head” with d being silent. Be proud of your African name!

* Mungo Park did NOT discover the source of River Niger, an anonymous African did!‬

* They don’t need to learn about Humpty Dumpty. We have African many nursery rhymes about crafty tortoise, and brave lions.

The extent of our brainwashing as a people is that many Africans view masquerades as evil, yet this same people love and cherish Santa Claus/Father Christmas.

The rationale behind this is that the masquerade will often flog immoral persons in the community. If you know who is wearing the mask, you will know who to hold responsible later on. It is the same concept behind the hangman. The face of the person who hangs criminals is always masked.

A typical superstitious African who has never researched this will swear (we tend to be flippant), that masquerades are evil. But the truth is that age grades used them to entertain and teach morals in the society.

Meanwhile, both Santa Claus and Christmas are not Scriptural! There is nothing Christian about either Christmas or Father Christmas. Christmas used to be the celebration of pagan deity. The Catholic Church converted it to a holiday allegedly to celebrate Christ’s birth. The origin for both is in the Roman Catholic Church, not from Holy Scripture. None of Christ’s disciples celebrated Christmas. As a matter of fact, for the first 340 years of Christianity, there was nothing like Christmas or Santa Claus.

Take Nigeria as an example. Named by a Latin speaking White girlfriend of Frederick Lugard (we still annoyingly use Lord Lugard for that common mercenary. Yes, he was a mercenary. He killed Black people for money!). 106 years later, Nigeria still bears a name Flora Shaw claimed meant Niger Area. Niger is the Latin word for Black, from which N*gger comes from. In Flora Shaw’s mind, Nigeria could have meant N*gger Area!

The town of Port Harcourt in Nigeria is an example of our colonial stupidity. First of all, Lord Harcourt notoriously did not like Black people. But more importantly, he was a known, confirmed paedophile. Please research it. This is the man Port Harcourt is named after! ‬

Mumbai in India was renamed Bombay by the colonialists. After they kicked colonialists out, India changed the name back to Mumbai. They did this to many other Indian cities. Ghana used to be known as Slave Coast. They wisely rejected that for Ghana.

I once tweeted that the largest human-made Earth structure ever built was the ancient Benin Walls and moat. Believe it or not, Nigerians, and even Bini people accused me of lying. With perhaps the exception of Ethiopia, colonialism has messed with the Black man’s mind!

On the issue of colonialism and the Black man, let me end with this fact. At the current rate of dispersion, MOST of the languages spoken on the West African Coast will die out in 50 years or less. Without a language, a people have no taproot!

Cultural erosion is happening at the fastest rate in Africa. If I were to counsel African leaders, I would say start preserving your culture or start deserving your torture. One day at the UN, a young European will laugh at us as a culture-less people.

Africa is losing her culture, and it is affecting our youth. Look at the epidemic of rape we are having, for instance. It is because we have abandoned our culture. Premarital sex was not part of our culture. It was a taboo. But now we have rejected that culture. And so youths now have sex before marriage. The day they don’t see meat to eat, they will wrongly steal from the pot.

In his book, Arrow of God, Chinua Achebe said “unless the p*n*s dies young, it will surely eat bearded meat”. I urge our young men to read and understand Achebe. Rape is unAfrican. Be patient. You will eat bearded meat when you marry

Do not awaken your sexual urge before it is time. Apart from rape, premarital sex is destroying the moral fabric of African nations. The sheer number of abortions in Nigeria (more than a million annually) is a testament to this. One of the most dangerous places for an African child to be in is in the womb of its mother.

And it is not just abortion. Africa disproportionately suffers from paternity fraud, when compared to other continents. In Nigeria, the US Embassy now brings in armed guards when it reads out the results of DNA test of visa applicants who apply with their children. That is how alarming it has gotten.

We must return to our African values. Yes, there were some repugnant practices in our custom, such as the killing of twins, the osu caste system in Igboland, the disinheritance of female children. But shorn off those, our traditions can be a lighthouse for us.

The West also has its repugnant customs. It is repugnant to man, God and common sense for a man to marry a man or a woman to marry a woman, but they practice it in the West. It is legal. As a matter of fact, Pete Buttigieg, the gay mayor of South Bend, almost became the Democratic Presidential candidate. He is another man’s wife!

All societies have some repugnant aspect of their culture (only God is perfect). So we should not see our culture as lower than Western culture. Africans, keep your culture!

If Africa keeps her culture, our culture will also keep us.

Too many times, Africans allow Westerners to tell them they had no written culture, not true. We carved our history in wood and metal in such intricate detail that you can recall centuries after the carving. And unlike paper or papyrus, these carvings are more durable. In any case, the 1, 2, 3 you use today is not Western. It is Arabic. Other cultures contributed to our Modern Day civilisation, and our African culture is perhaps the foundation of all civilisations.

‪* Very devoted to your craft‬

‪Majek Fashek, 1963-2020. You made my youth and adulthood a joy. You will be remembered for good.‬ 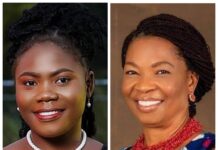 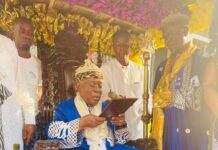 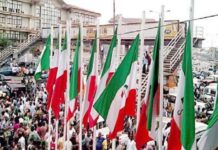