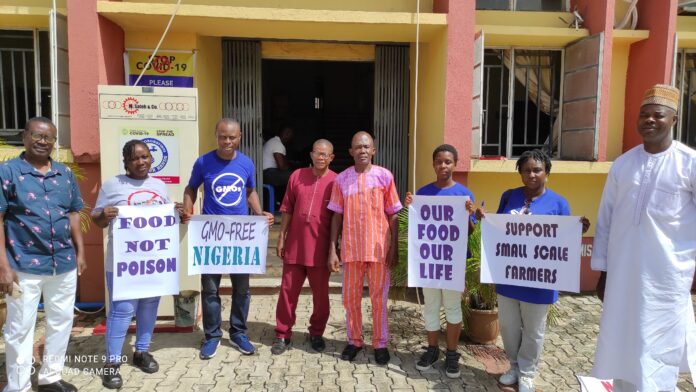 The Government of the Federal Republic of Nigeria as well as the state government of Cross River have been tasked to repeal the National Biosafety Management Agency Act which came into force in 2015 and was reviewed in 2019 NEGROIDHAVEN can report authoritatively.

This call was made on Friday in Calabar the Cross River capital metropolis by farmers, youths, women, scientists, medical practitioners, lawyers, Civil Society Organisations and the generality of Nigerians under the aegis of a coalition led by the GMO-Free Nigeria Alliance, Health of Mother Earth Foundation (HOMEF) and Peace Point Development Foundation (PPDF).

The coalition which observed that Nigeria’s food and agricultural systems are being threatened by the unrestrained release of genetically modified organisms (GMOs) into the country, they noted that their call is justified by the already flawed character of the said Act, especially in respect of the dearth of provisions for strict liability and designated redresses. It further observed that the NBMA Act fails to confer on the agency oversight powers gargantuan discretionary abilities. 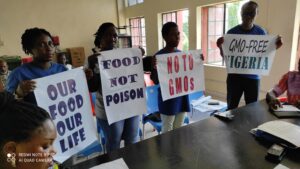 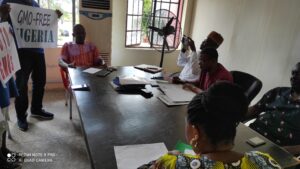 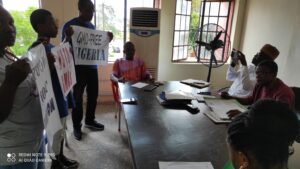 While addressing leadership of the Ministry of Environment in Cross River, the coalition stated that: ‘The NBMA Act needs to be repealed as it is flawed with respect to the absence of provisions for strict liability and redress which mandates that the biotechnology corporations take responsibility for immediate and forthcoming negative impacts of use of their products as is the case in a similar Act in Uganda. Other areas of concern include lack of access to information, poor public consultation and participation, provisions for appeals and reviews, and lack of veritable provisions for the enforcement of the precautionary principle and decision making.

‘The NBMA Act confers enormous discretionary powers on the agency and gives little room for oversight. The conflict of interest inherent in the NBMA Act equally raises serious red flags about the administration of biosafety in Nigeria. We have the National Biotechnology Development Agency (NABDA) sitting on the board of the NBMA. In 2016, two of the permits issued by NBMA to Monsanto Agriculture Nigeria Limited were applied for by the company for events that were to be implemented in partnership with NABDA. Imagine a developer/promoter of GMOs applying for a permit in partnership with a biotech company and sitting to approve the same permit. This is an obvious reason to worry about our biosafety regulatory architecture.’

Again, GMO-Free Nigeria Alliance and HOMEF noted that the stretching of the NBMA Act to embrace issues of gene drives, gene editing, and synthetic biology is a profoundly dangerous move that would compound the risks already posed by the application of the first-generation technology. According to them, ‘including these applications in the Act represents an opening of the country to the products of these dangerous and unproven technologies as have been demonstrated by the manner in which the agency grants approvals for importation and release of products of the first-generation GMOs.’

It should be emphasised that GMOs are products of genetic engineering which is a technology that allows scientists to create plants, animals and micro-organisms by manipulating genes at the cellular level in a way that is not possible via traditional or natural processes. Besides, it allows DNA from one type of organism to be introduced into another related or unrelated species. Genetic manipulation is also done within a single organism.

Nigerians are consuming foods bought from the market shelves without any idea that they are made from the genetically modified organisms (GMOs). The manner in which these items are imported into the country calls for serious concern. Another source of worry is the fact that the agency set up to regulate biosafety issues in the country is essentially a permitting agency, passing virtually every application that comes its way. Although the National Biosafety Management Agency (NBMA) has said illegal importation of GMOs into the country is being checked, these products are abundant in our market shelves as revealed by a survey which we carried out across major Nigerian cities between 2018 and 2020.

The petition which was signed by Nnimmo Bassey and Umo Isua- Ikoh, as Director and Coordinator respectively was presented to Mr Ayuk A. Nyam, Director of Administration, unbehalf of the Commissioner Ministry of Environment, Cross River State.