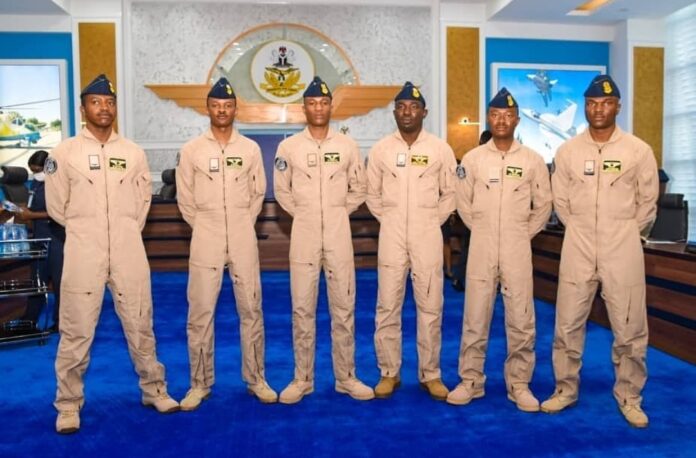 In his remark during the winging ceremony, Air Marshal Amao reiterated the importance of the human factor as the most critical airpower component that must be enhanced and sustained for effective and efficient performance. This, according to the CAS, gave reason for the increase in manpower development witnessed in the NAF in recent times. He went on to state that these efforts are expected to place the Service in a dominant position to deliver on its constitutional role more effectively, especially in the light of NAF’s involvement in several internal security operations across the country.

The overall effect of these efforts, according to the CAS, is that the NAF, operating in synergy with sister Services and other security agencies, will be better positioned to more effectively counter both domestic and foreign threats to the nation’s security and the wellbeing of our people.

He emphasized that these courses are aimed at maintaining combat readiness by increasing the number of pilots to man existing aircraft, including the 26 new platforms acquired by the Federal Government in the past 6 years.

On the A-29 Super Tucano aircraft, the CAS stated that about 60 NAF personnel, comprising pilots, engineers, technicians, and other specialists, have completed their training on the aircraft in the USA.