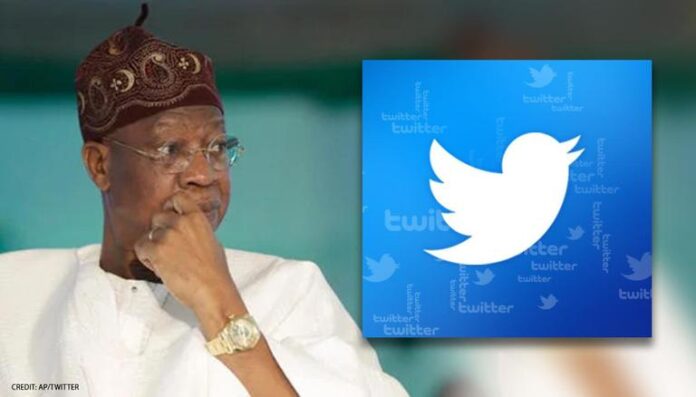 Lagos trended due to political happenings in the state and in the country, especially at the National Assembly.

Other items accumulated on the trend are from news headlines, complaints about the chaotic traffic situation and the cost of living in Nigeria’s commercial capital.

Some of the engagements are captured here:

@eniolaDS: “There is nothing progressive about Lagos politics, I don’t expect better from them either. The last LG party nomination shows that they have no regard for people’s participation in democracy. Now to the transmission per se, I don’t believe it will change anything, it won’t.”

@taadelodun: “We all need citizenship education. We need more fire and enthusiasm in chasing the Nigeria of our dream. The politicians know we don’t pay enough attention to details and are using it against us. There was a Senate Bye-Election in Lagos after #EndSARS. Voter turnout appalling!”

@EniolaShitta: “They are not OUR senators. Agents of Bourdillon.”

@Adeoolaaa: “It took me 4 hours from Maryland to Alapere yesterday and another 3 hours from Alapere to Ikeja this morning. I cried so much yesterday in my Uber and the driver was just laughing, 7 hours on the road because of what? I am tired of Lagos, I am tired of Nigeria.”

@MobilePunch: “Woman locks up five-year-old for six months in Lagos.”

@instablog9ja: “Tragedy averted as train goes off the railway in Ikeja, Lagos.”

@fiyinskosko: “Lagos is not a good place to live. We can sugarcoat it anyway we want, but truly Lagos is becoming unliveable.”

@IykeBadoski: “The cost and standard of living is just horrible.”

@daily_trust: “While some activists have queried the rationale behind fielding 57 council chairmanship candidates instead of 20, the state has always conducted local government elections in the 20 LGs and 37 LCDAs.”

@Hararomi1: “If free and fair election is conducted in Lagos 1million times, people will be surprised how Tinubu’s family will loose out, and they know it.”

@Gidi_Traffic: “The Lagos State Domestic and Sexual Violence Response Team (DSVRT) in its bi-annual report on Wednesday said 194 men were reportedly assaulted by their partners in the past six months. DSVRT said that men had difficulty reporting incidents of assault by their partners.”

@EthelbertObaze: “Been meaning to tweet this for a while. Danfo drivers aren’t the most irritating road users in Lagos anymore. That trophy now belongs to delivery bikers or whatever…”

@Morris_Monye: “The number of homeless people in Lagos is quite shocking. They are everywhere.”

@shittuolaleka17: “I don’t know if we can start the recall of Lagos easterner Senator for absence from the floor when a crucial decision was made???”

Senator Kabiru Gaya who is the Chairman of the Senate Committee on INEC was dragged on social media after some Nigerians claimed that his committee made the recommendation for electronic transmission of results, but later voted against it.

While he was being slammed, some social media users disclosed that they don’t really understand the concept of electronic transmission of results, which is generating uproar in the political space.

@akunnachux: “This is Kabiru Gaya, an architect & Kano state gov from 1992-93. As chair, Senate INEC committee, Gaya submitted the report that recommended e-transmission of election results. When the matter came up for voting, the 69-year-old Senator voted against himself!”

@TheBriDen: “The chairman of the Senate Committee on INEC who recommended electronic transmission of election results to the Senate plenary voted against his own recommendation.”

@Okpanachi_Jay: “Can you kindly help explain what “e-transmission” of results mean? As in to send the manual written results by sms, or on WhatsApp or like scan and mail it to HQ? Or a database? Bcoz… if voting is manual, results are written manually… what’s so important about “text message?”

@olattaa: “e-transmission is done via the CR.”

@EAsije: “Funny, but seriously, these guys have lost every sense of integrity.

@Mayorhalli: “Remember the night before the voting, they all went for presidential dinner. This is the outcome of the dinner. Money bags and juicy promises must have been made. Conscience sold.”

@bamconcept: “Most of the NASS members are actually after their own pocket and how to retain power. They make some beautiful recommendation/contribution just for it to be in record that they made such recommendation, not for it to be passed into law.”

@ChuwangUkpong: “He needs to explain to the Nation the reason(s) for his change of mind.

“Leadership is for Responsibilities so also is Maturity. NIGERIANS must hold Leaders responsible for actions & words.

“A mature man and a leader can’t just change direction without reasons else something is wrong.”

@O_basslet: “They were not prepared for it to be thrown to actual voting. They expected the usual Nay or Yay, and the Yays have it style of the SP. The voting exposed all of them, and I love it.”

@BunmiPrime: “I don’t think so. I think it’s a case of making it look like someone from the North initiated the bill, meanwhile they don’t want it. Reason I’m very sure he never knew the voting would be published.”

@dnajulienne: “No one holds these people accountable that’s why they go there, behave anyhow knowing there will be no consequence from the people they are supposed to be representing.”

@ChuckObidimma: “Haha, what did Kabiru do wrong? He didn’t do anything wrong oo… He simply cooked the food but refused to eat it. I’m sure most of you in your lifetime had cooked something delicious, yet you didn’t have the appetite to join in the feast at that time.”

@Naijadailyfeedx: “That’s how they will vote against their own safety and well-being, they should continue this madness, it will hurt them one day.”

@Phummie_Iorlar: “The funny thing is this man is gearing up to run for the Gubernatorial seat come 2023. Ayam just tired of these people.”

@GuruHvac: “So democracy is no more about majority carries the vote again? Lol.”

The first is the story of a lady in Enugu who took to social media to narrate her ordeal in kidnappers’ den some days ago, which she used to curry public sympathy and solicit financial help, and then vanish on the social media radar, leaving many with suspicions she might be a scammer.

The second story revolved around sustained reactions over the controversy surrounding the electronic transmission of results contained in the Electoral Act Amendment Bill, and the role Senators from Enugu and the Southeast played while the votes were called.

The reactions below will help put the trend in perspective:

@UgwunnaEjikem: “Remember a viral kidnap story few days ago that supposedly happened in Enugu where a lady posted a swollen face?

“Well, that account has now been deleted after a few people here had already sent some money to offset “hospital bills”.

@LeksFada: “The SE has 15 Senators at the Nigerian Senate. During the voting over electronic transmission yesterday, only 4 were present. Senators Ibezim and Onyewuchi both from Imo, Sen. Utazi- Enugu, and Abaribe from Abia state. If you minus 4 from 15 you have 11.

@ChidiOdinkalu: “Having been elected to @nassnigeria, these 28 Senators in @NGRSenate failed to show up yesterday to take the vote on how to #ProtectTheVote: 13 are from the South; 15 from the North. The entire Anambra State contingent failed to show up.”

@Dekelechi: “It’s quite unfortunate that they all chose the state of an onlooker when it mattered most. @ChimarokeNamani and @iamekweremadu should know that the people of Enugu East and West are fully aware of their conspicuous absence. And we’ll reward them in due time.”

The National Youth Service Corps trended for several reasons. Notable amongst them is the visit to the ailing composer of the Corps’ anthem, by the NYSC Director General Brig. Gen. Shuaibu Ibrahim.

Some Nigerians who reacted commended the Shuaibu Ibrahim-led management of NYSC for the gesture, noting that the visit was coming 37 years after Dr Oluwole Adetiran, who is now 74-year-old, composed the anthem.

They added that visiting Adetiran in his country home in Ogun State was a great honour that should serve as a reward for hardwork and patriotism.

However, a couple of others have scoffed the visit, saying the NYSC is nothing to write home about because the scheme has outlived its usefulness; and that when pitted against the current realities, the NYSC, according to them, has woefully failed to unite the country.

This trend is more of a collection of social media mentions, drawing from news articles, commentary on what’s happening in Ogun State and other sundry issues.

Do not sell in just any open spaces available, Ogun State Government Warns; offenders will be prosecuted.”

@TaiwoBusolami: “All my Senators from Ogun State decided to be absent from the House yesterday. Those from Lagos all voted No. My only hope is Oyo State as per my maternal and in-law State.”

@arakunrin2: “I don’t understand why the right of the students were undermined by the S.A to the governor of OGUN state yesterday. Yesterday it was the NANS Chairman (SAMRICH) who was whisked away, today it is the SUG President of OOU in person of SENATOR PABLO.”