NEGROID HAVENTruth in view of Africa\'s Liberty!
More
Home Breaking News Nigeria at 61 is a case of a nation in Bondage …Bishop...
Facebook
Twitter
Pinterest
WhatsApp 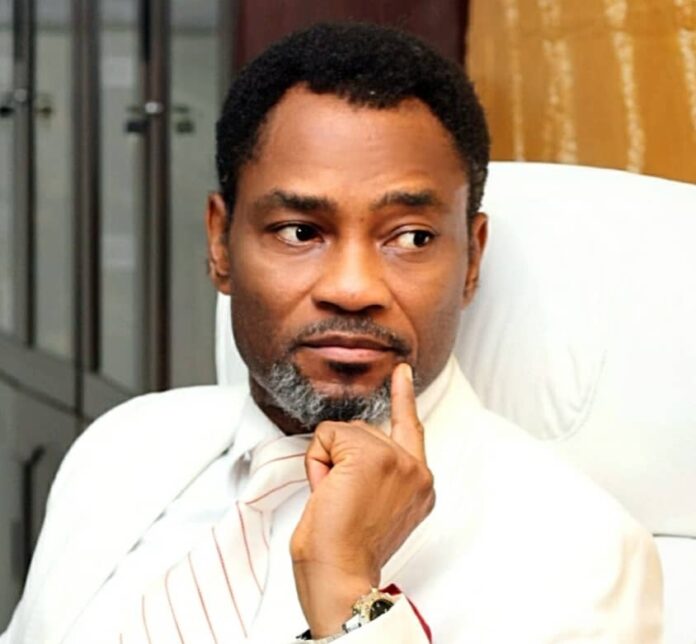 …we need a convergence for our people to think, birth impossibilities.

The Converner of Cross River state Round Table 2021, Bishop Josef Bassey, has described Nigeria at 61 as a nation in bondage, a nation in prison caged even with loaded untapped potentials NEGROIDHAVEN has confirmed.

Bishop Bassey made this known while briefing journalists in Calabar on the importance of a convergence and the need for people to speak out and be heard adding that it was high time citizens took their own destinies in their hands as politics and governance can no longer be left in the hands of politicians alone.

According to the foremost Spiritual father, Nigeria is so blessed and has no reason not to succeed even though it has possibly abused almost everything that God has blessed it with.

Explaining the concept of the CCR2021, Bishop Bassey who is the General Overseer, God’s Heritage Centre with its International Headquarters in Calabar, said Cross River Roundtable was essentially about getting the people to think Cross River, to discuss Cross River with a view to ensuring that we stay on course with her prophetic destiny.

His words: “Nigeria at 61 is a case of a nation in bondage, a nation in prison, a nation caged, a nation loaded with potentials untapped, a nation blessed with abundant resources but grossly mismanaged, a nation that possibly has abused almost everything that God blessed her with and its worrisome.

Speaking further he described Cross River as an integral part of his life as he lives, breathes and thinks Cross River adding that it has become exigent to make things right.

Bassey said: “Cross River has been part of my business from as long as I’ve been an adult. So for me Cross River State is not something that I can watch go adrift because by the privilege of grace, I know the prophetic destiny of Cross River State.

“It doesn’t really matter how small that contribution is to see and make sure that things, if they are good, they get better; if they are better, they move from there to best. And if there’s something also wrong, we see how we can possibly make it right.

“So, Cross River Roundtable is essentially about getting us to think Cross River. To discuss Cross River with a view to ensuring that we stay on course with that destiny.”

“In the spiritual perspective, I will urge we all pray and fast for the good of the state. But I am of that school of thought, and consistent with scripture, that faith without works is dead. We are continually orientating people, teaching and training people to take responsibility; to understand that God doesn’t come down from heaven to make the changes.

“Ultimately, every state begets the leadership it deserves; the kind of governance it deserves. That is so because that leadership is going to come from the people. So if we are not working and synergizing as a people, then we will ultimately have something that we are complaining about,” he submitted.