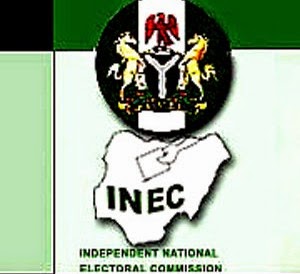 Information making the rounds in CRS suggest that INEC’s
Resident Electoral Commissioner to the state, Barr. Mike Igini has been
deployed far away from CR State to Edo state.
Negroid Haven is yet to officially confirm this rumour;
however, the information has gone viral on social media especially Facebook.
This information is coming on the hills of the already heightened tension in
the body politic in the state as there are a lot of political maneuvers and
skimmig taking place. So many power centres in and out of the state are seeking
political relevance.
Precisely, there are two main camps into which political
actors are perceived to have pitched their tent: the camp of the ruling PDP led
by the incumbent governor Senator Liyel Imoke and the class of the opposition
that may be said to be led by former governor, Mr. Donald Duke. If you remember
the incumbent senator representing southern senatorial district of CR at the
National Assembly, Prince Bassey Edet Otu had officially resigned from the PDP.
Though he is yet to officially defect to another party, our feelers suggest
that he is gunning for the Labour Party(LP). Similarly, Mr. Jeddy Agba is said
to be the concensus gubernatorial candidate on the platform of the LP; others
have followed suite. The implication is that the APC may not be a viable
opposition in the state in comparison to the LP such that if I say that the
2015 general election is between the PDP and LP I may not be wrong.
It is in the light of these realities that the alleged
transfer of the REC of the state Mr. Igini may be an aftermath of the power
tussle between these power centres in the state. An African proverb says that
when two elephants fights it is the ground that suffer. Mike Igini is compisite
of this proverbial ground. We should expect more of such trend.